Recognizing the value of a thing

I’m ready to talk more about why Kismuth exists. I know. That’s a hell of a big thing to share, right up front, especially if we’re just meeting here for the first time. But I’ll tell it to you as if you are someone new to me. So that it’s not, you know. Overwhelming. In recent months, I’ve gone through a lot of shifts. I’ve cancelled many things; including those ‘what-am-I-really-doing-with-this’ relationships, paying gigs, and other ongoing stuff that just ‘wasn’t working for me’, as some people like to say. ‘This is not working for me anymore.’ Funny because I really don’t say that very often. I just try to roll with things. Except: now, I don’t.

Doing this helped clear the clutter and reveal what was obvious, beneath it.

‘You make space for me to really think about things, and to reflect,’ my friend C. said to me, on a long overdue catching up session in real life. G., in another city, had said, ‘You help people discover themselves by talking to strangers about really deep things, which is safe, because, they’re not going to worry about being judged, in a short meeting time like that.’ More of ‘what you do is really great, DK,’ and ‘This changed me so, so much.’ But why was I doing it? What was there for me?

I had to really think that over.

Because moving around the world on your own dime to help people discover who they really are and learn things about themselves is not the ‘save the world’ thing for me that I do. I don’t do ‘I’m a changemaker see!, and here’s my t-shirt to prove it’. That’s just noisy. That’s just, as we would have said in Ireland… pure bollix.

What is important, is spacemaking. Continuing to do that, for those who self-select and super opt-in. I have been sending some emails through my lists, the very lists that I have been claiming I will delete. And now I really must. I must delete them. Because why? What is the point? I have to find new and fresh and curious and open and studious people, whose work aligns with mine, valueswise and otherwise.

I learned all this by simply being still, most of the time, while also in motion. Google ‘radicant growth,’ if you like. Or ‘relational aesthetics.’ Or ‘social constructivism.’ Why am I bandying about these esoteric terms? Because they are other people’s articulations of ideas that I have arrived at, independently too. Because of living the way I do, and moving as I have. I don’t profess to be a teacher; but teach I do, from time to time, and I have to accept that this has been a role. A way of making something for others. The whole, ‘What is it for, DK? Sell it to me’ jazz that I’ve resisted all my life so I can write what I want the way I want… well. There is a precipitate here. The ‘how’ part. The ‘how did you do that, DK?’ that everyone, and I do mean everyone, busts out when they feel comfortable enough with me to ask, boldly, the following…

Me: [Thinking] And exactly why should I tell you?

Me, today: Do the work. Learn by doing?

On the internet, I found these big and lofty ideas. Other people having already traversed these roads makes it feel doubly good looking back over them. Seeing where I’ve arrived, at this moment. Pausing. Wondering if it even matters if people are following me, now, through the rest of this story. I’m on my own journey. SELF was that. SELF always was. SELF kept on, and it didn’t really care if anyone else came with it.

Now, it’s kind of like, wow. Really? I’m writing this? And this directly?

It’s kind of in answer to those earlier questions, batched together. They want to know: Howcome I’m not doing what you’re doing?

You’re just not doing it.

Looking up stuff and writing my own things, for my own audience (S P C [$]), I could talk about such philosophical how-to, and why-to sorts of things. I really do talk. And a lot. And you can hear some of it, at these videos.

There is more but that’s a start, for the moment, as we get acquainted.

But I do have some tips and tools.

That I picked up along my life journeys. At work. Outside of work. From artists. From tech friends, from lifelong friends, from relatives who were really old, from the wise who saw me and knew that I would listen.

One was 106. It was a story I was commissioned to write, for the Cork Evening Echo.

It was the early 2000s. The rain. The rural space. A house, a television set that was on the entire time. Horseracing.

So much happened. It was quiet, and beautiful, and the work of Kismuth started, I think, there and then. Really paying attention. Really hearing this person say what was his story. Even if it was a worldview that was completely opposed to the one I was brought up to believe in (and that’s another story, which I will save for trusted friends), I still remember that. It was an interview with him they said they wanted me to go and hear him and talk about what he said, someone would come later and do the photos.

This was when I lived in southwest Ireland. Eloping there was how I got there. Another whole journey in making choices, and sticking with things, and learning as you go. Making it up as you do. All that.

Even now, looking back, I see my patterns of making decisions has been of a clearer and more simple template, over the years.

I’ve put that template together in SELF. A short course. In this 2020 update to the 2014, and 2016 runs for the real life and online versions and practices and exhibitions and installations for people to explore, write, and discover SELF. Honestly, I’ll refrain here from oververbalizing. I don’t want to get too detailed; it’s just… simpler to share.

About SELF | The Living Room Discover in 8 prompts sent over 4 weeks what it’s like to find, finally and with clarity, ‘the concept of you.’

This is a 1:DK course with you and host Dipika Kohli, who wrote the book SELF as part of a commissioned project. A university program in California asked DK to make a set of easy-to-follow guided exploratory prompts. To invite reflection. Space. Self-discovery. ‘DK’ is Dipika Kohli, but it’s also a design studio founded by her, ‘Design Kompany.’

This was a 9-week experiential learning program and DK was there, in person, to deliver the course and see it through. Through that experience, and through several online offerings of SELF as an eWorkshop, DK are able to now offer this new, exploratory, and updated short course. It’s for those who are in transition, looking for new ways to approach the same old problems and generally ready to try a new angle on the ‘how’ of trying to make changes in personal life, and even at work.

Some of the people DK has coached have gone on to found new companies, break from old and limiting belief patterns, and even change their love relationships entirely. It’s been a lot of learning as we go, but rather than come from the world of pscyhology, we are approaching SELF from our old and comfortable wheelhouse. Design.

DESIGN IS MAKING MEANING. Design the life you want by focusing on the outcome that you desire. Once you get started on the prompts to get going in that line of thinking, it sort of just works itself out. The guidance of someone on the other end of the line, returning emails and responding to your responses to the prompts is the kind of extra touch that makes SELF the course it is, instead of the usual stuff you find here and there, these days, online. Trusting, moving, and learning.

As if a dance.

Shall we try it?

‘Why is it called The Living Room, DK?’

‘Um. Because that’s where I am as I’m writing this…’

Don’t want to do the short course? Buy the book 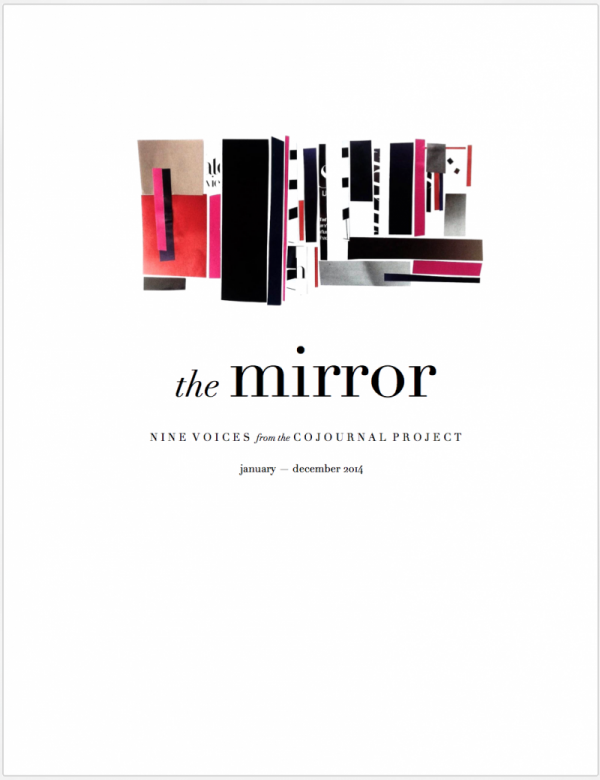