A new chapter. A new now. 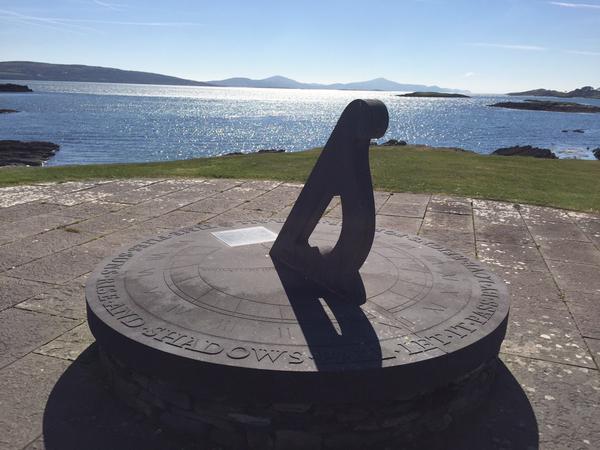 [Update: April 2017. A chapter of Kanishka, ‘Orange juice,’ appeared in print this month, in Preet Lari Magazine. Listen to the story of the orange juice in this radio interview.]

AUTHOR DIPIKA KOHLI started this book many times, in response to a question that had stayed with her for 30 years. This is a true story about the feeling of sudden bereavement, at the age of ten, of one’s best friend. Some of you reading may be old enough to remember the Air India disaster (1985), an event burned into the memory of this author, and the book is named after the airplane.

Here is what Wikipedia says about the disaster:

“Air India Flight 182 was an Air India flight operating on the Toronto–Montreal–London–Delhi route. On 23 June 1985, the Boeing 747-237B serving the flight (c/n 21473/330, registration VT-EFO, “Emperor Kanishka”) was destroyed by a bomb at an altitude of 31,000 feet. It crashed into the Atlantic Ocean while in Irish airspace. It was the first bombing of a 747 jumbo jet. A total of 329 people were killed, including 268 Canadian citizens, 27 British citizens and 24 Indian citizens. The incident was the largest mass murder in Canadian history… Canadian law enforcement determined that the main suspects in the bombing were members of the Sikh militant group Babbar Khalsa. The attack is thought to have been a retaliation against India for the operation carried out by the Indian Army, Operation Blue Star, to flush out several hundred Sikh militants who were within the premises of the Golden temple and the surrounding structures ordered by the Indian government, headed by Prime Minister Indira Gandhi.” —Wikipedia

TWO GIRLS, best friends. One grows into middle age, the other stays ten, forever. Where one continued to live forward, to live on, to cross into her adolescence and young womanhood, to build a creative career, become a mother. The other stayed young and a memory. Questions changed over the years, and this book takes you through that existential query.

In her TEDx talk, ‘There’s Not That Much Time Left,’ the author alludes to the event of Air India, and what happened, or at least, what she had imagined had happened given that her perspective was only that of a ten year-old child. The whimsy of nature, the whimsy of men. It was difficult to put it into a perspective that this idealistic young person could comprehend. But instead of keeping a bitter knot in her heart, she wrote her story in a way she hoped could inspire warmth. Join the author as she recounts, in real time, what it was like to walk right up to the disaster memorial and see her old childhood friend’s name. Strange destiny to have eloped to this very part of the world. (Read more, and listen to the story of what happened as coaxed out of the author by NPR host Frank Stasio, at the link at The Elopement.) More than a decade later, the author visits and shares in the book the experience of the artistic and elegant great halls of the Golden Temple in Amritsar, the very place where the troubles that were brewing had begun. Or perhaps, the author realized, they had been going and going, tied intricately to plans that no one had any concept of, or the emergence of disorder within order.

You may wonder why writing a long story about childhood loss would be interesting to read. The thing is, after 30 years of thinking about this, and also aging and discovering other ways people lose their lives without any real reason or provocation (cancer, accidents, suicide), and experiencing those losses, too, Kohli is writing this from a different angle. It’s not about blame, or anger, or bitterness, or even fear anymore. It is about the story of how dogma can get in the way of human beings being their very best, as a species, at least, that’s how the author had conceived it and talks about it now.

Early on in life, the question for her was: Why is it that some people lose their lives, and others continue? In the writing and sharing that comes through Kanishka, this shifts to a more metaphysical inquiry and a coming to rest at a certain place of acceptance. And letting go of Jaya (name has been changed). Billy Joel said it. ‘We didn’t start the fire, it’s been burnin’ burnin’ since the world’s been turnin’…’ Yet this piece is an honest and warm one, the kind only an artist (idealistic, paying attention to the heart) could write. Read it with your handkerchief at hand, and hold your loved ones close. File under ‘metaphysics’. (Kismuth Books // 2015)

What people are saying about the book

KANISHKA IS AVAILABLE to order from us, it’s not on Amazon or anything like that. Why? Too important a story. We only want to share it with people who are interested in it, and maybe even start a conversation with us. So that’s why. But you can get it! And this is how… Order Kanishka — USD $12